You are here: Home / Press / An Evening with the Godfather

An Evening with Gray Frederickson & Friends

Aztlán Development will unveil their plans for Aztlán Studios on Sunday, August 2 – 1:00 pm at the Fantasy Springs Event Center. The event will be a VIP gathering of movie and studio executives, educators and celebrities. Highlight of the night will be An Evening with Gray Frederickson and Friends – Celebrating the 25th Anniversary of the Godfather Trilogy. Award winning chef Freddy Rieger will prepare a Godfather-Style Family Dinner featuring wines from the award winning Francis Ford Coppola Winery.

Frederickson, an Oscar and Emmy Award winning producer, was involved in all three Godfather movies. In 1975, he was awarded the Oscar for Godfather II which starred Al Pacino and Robert DeNiro. Frederickson’s illustrious career includes the production of many films with his good friend Francis Ford Coppola including the critically acclaimed Apocalypse Now, still rated the number one war movie of all time. Before the event, there will be a special cocktail screening of the “best of the best” of all three Godfather movies.

Frederickson is from Oklahoma and a graduate of Oklahoma University. He moved back home to established an award winning film program in his hometown at Oklahoma Community College (OCCC), one of the best film schools in the country along with USC, Full Sail, and Chapman. The plan is to duplicate the successful formula in Coachella Valley’s East End which is rapidly becoming a world class entertainment Mecca.

“The film business is one of the hardest in America to get into,” said Frederickson. “Thousands wait in line to get noticed. We want to shorten the distance between the line and the camera for upcoming filmmakers. I think the development of a film studio with film making curriculum set on a theme park campus is brilliant. The theme park will be a hubbub of entertainment activities. The theme park will become on big movie set.” 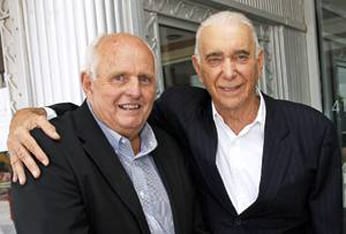 Spend a night with the Godfather. Help us celebrate the 25th Anniversary of the Godfather Trilogy. Go behind the scenes of the making of all three Godfather movies. 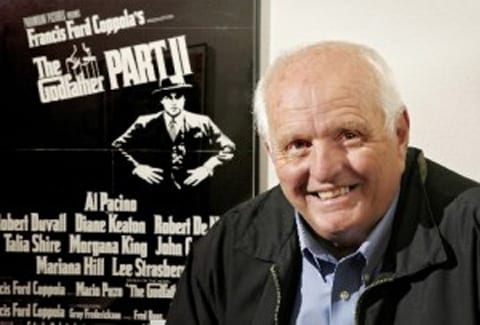 Oscar and Emmy Award winner Gray Frederickson is coming to Coachella Valley to consult on the development of Aztlan Studio and Curriculum.

“It is our plan to design the theme park specially to integrate the movie production and guest experiences,” said Mark Stuart, CEO and Master Architect of Aztlán Development. “This includes a compelling recreation of an ancient Aztec city complete with accurate representations of the temples, water features, houses, floating gardens; Ulama ball fields, Zocalo market plazas, and features to facilitate both ancient rituals and modern day concert events for up to 10,000 guests.”

Feature sets within the park are designed to accommodate film production with park guest participation! One of the sets will be a dive tank which will be used for a Track-Diving Adventure, but will also be used for any underwater filming our photography that one can enter without specialized training. Another example includes multiple projection domes with programmable back drops, special effects and transition sequences that becomes a feature attraction within the site’s Templo Mayor styled pyramid complex. Particular attention is being given to accurate representations of geometry, light, color and scale to embody the meaning behind the scenery.

“We will start out with an 8,000 sq foot state-of-the-art sound stage with cutting edge cameras, projection, editing rooms and classroom settings,” added Stuart. Everything will be specially designed to encourage guests to view and students to participate with top filmmakers.

“Besides developing our own collateral material and 3-D video for the theme park, we hope to create an environment where the students, as professionals, are building the sets, creating the lighting, controlling the sound, and starring in their own productions. We will have six live entertainment stages (100 to 10,000 people) throughout the theme park that will need live entertainers and acts. We will have lots of opportunity behind and in front of the cameras. Everyone gets a chance to learn, and maybe discovered.