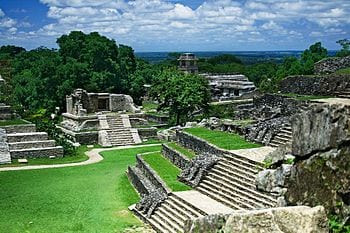 For archeology and history enthusiasts, the ancient Mayan city located in what is now Palenque, Mexico has undeniable appeal.  In the early 1950′s, Mexican archaeologist Alberto Ruz Lhuillier discovered a secret staircase leading down into the heart of Palenque’s pyramid.  After years of meticulously clearing the passageway, Ruz and his team discovered a massive stone sarcophagus containing the remains of the Mayan king Pakal.  The carvings on the sarcophagus alone are a huge draw for the curious.

Until recently, however, Palenque was regarded as too inaccessible for many tourists.  The only way to reach the area in the past has been by taking a long and arduous bus trip.   But now a new airport in Palenque is giving the world a fresh opportunity to examine this marvel of Mayan culture.