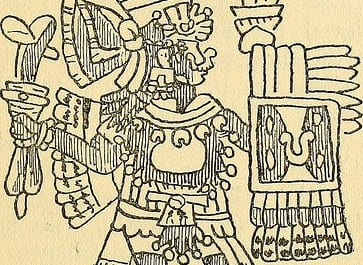 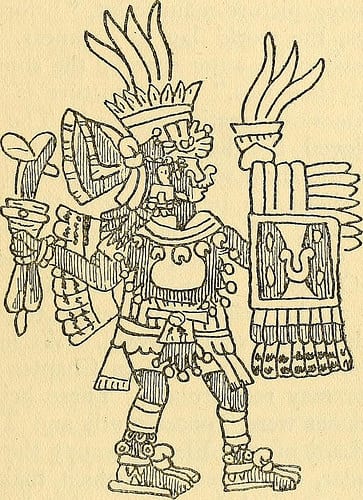 How did the world begin? The Aztec creation story has its own answer – or you could say, answers, to that question.

Basic components of the story had evolved over centuries and centuries, so we do see similarities between the Aztec’s stories and the beliefs of earlier cultures.

Rebirth The story of creation, according to the Aztecs, is actually a story of birth, death, and rebirth.

When the story is told, the order of the worlds is sometimes different, sometimes there are even less that five suns, but the general idea remains the same.

You could say that in the Aztec creation story the world is on the back of this sea monster, floating in the water of space.

The Aztec creation story continues… This time the gods selected Tlaloc’s sister to be the sun.

Here’s something else interesting about the Aztec creation story.