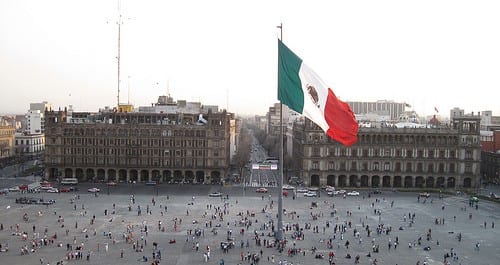 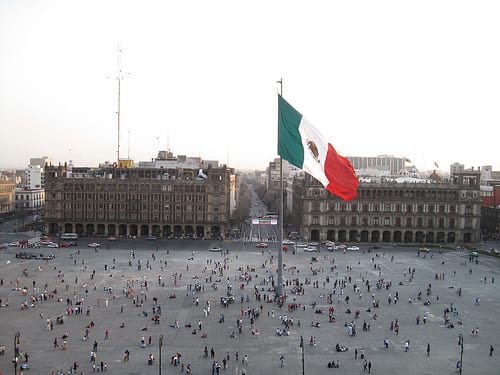 Mexico City’s main square, called El Zocalo, was built over the Aztec’s empire former capital- Tenochitlan- which itself was built on an island in the middle of a large lake where the city’s main temple, the Templo Mayor, rose 90 feet in the air.

It is not surprising then that the formidable Cathedral, one of the city’s main attractions which you will find here, is sinking despite constant efforts to recuperate it.

The inside is a conglomerate of scaffolding trying to keep the structure in place, but nobody really knows if the temple will eventually make it.

Today, performers recreate Aztec ceremonies and dances in the Zocalo regularly every Sunday, but only three times a year do the groups come in the hundreds, creating a unique show that begins at around noon lasts about 5 hours.

It is, without a doubt, one of the most invigorating attractions you’ll find in Mexico city thanks to the extremely detailed costumes used by the performers and the beating of the drums that can be heard in the distance.

The secret of this performance lies, in my opinion, in the sophisticated costumes used by the actors.

Incredibly detailed they have the power to take you back in time, and in a way appreciate the fact that you are not their enemy after all- the head masks can be more than threatening, don’t you think?