You are here: Home / Aztlan Movement / Aztec Music and Dance 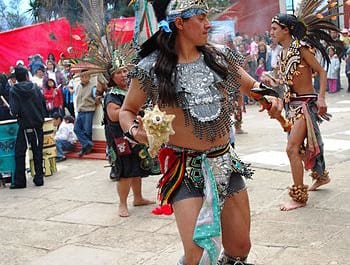 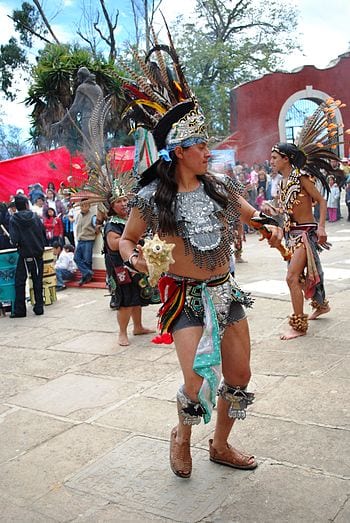 Music, song, and dance were all extremely important in Aztec culture.  Interestingly, there is no Nahuatl word that translates directly as “music.”  Instead, the Aztecs called it cuicatlamatiliztli, which translates literally into “the art of song.”  Like many parts of the Aztecs’ world, music and dance were  considered religious act performed to please and appease their gods.

Music was a part of life for Aztecs of every walk of life, from common people to the religious elite.  Household worship was often done with whistles and rattles, all used to make different types of music.  The priests of the Aztecs would perform music in the temples and often during sacrifices.  Music and performance was even apart of the Aztecs’ ritual ball game, and archaeologists have found small flutes, drums, and whistles that they believe were used during these times.