You are here: Home / Aztlan Movement / BELIZE: The Ancient Mayan Ruins of Xunantunich 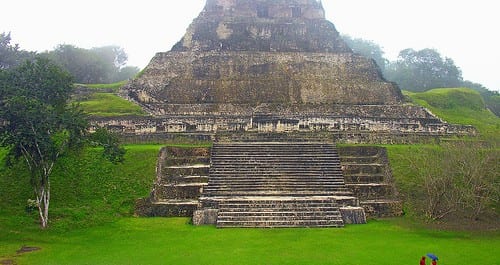 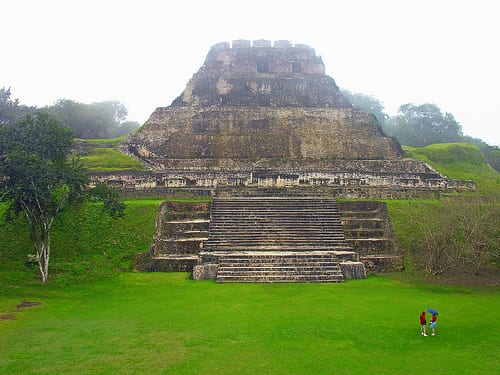 I envision the city as it was 1200 years ago, bustling with activity as the Belize Valley region’s top Maya civic ceremonial center.

I try to see the city, not just as ancient archaeological relics from some distant past, but as a tangible tie to our current concept of “Civilization.”

Xunantunich is located on top of a ridge above the Mopan River, about 80 miles west of Belize City in the Cayo District.

There’s evidence to suggest the city was settled as early as the ceramic phase of the Preclassic period.

It’s surrounded by verdant, fertile farmland that once contained numerous villages divided into family groups, all of which were economically self-sufficient because the city’s residents relied on them for food.

A satellite city for the Mayan empire, Xunantunich remained unknown to the modern world until Irish surgeon/amateur archaeologist Thomas Gann became Cayo district commissioner for what was then known as British Honduras in the mid-1890s.

We entered one of the smaller buildings- a meeting room likely owned by a merchant from the city’s ruling family.