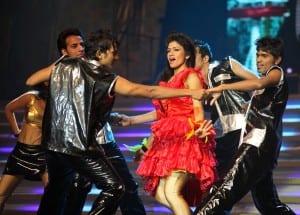 The Indian government is planning on expanding its world-famous Film City in Mumbai, with future additions for the home of Bollywood to include a theme park to lure in more tourists.

Primarily being built to meet demand for India’s ever-growing entertainment industry, the new Film City will be built on 438 acres of land at nearby Kalyan, with the entertainment hub aimed at capitalising on “Bollywood tourism.”

In addition to the planned theme park, there are proposals to turn Film City into a major tourist destination, with theatres and museums both touted for the project, which is being monitored by the Chief Minister’s Office.

Also planned are hostels and high-end hotels catering to those in the film industry.

“We want to build the biggest Film City in the country there, much bigger than all existing ones. The project will be completed over the next five to seven years, for which we will set up a joint venture with a private company that has the expertise to develop such a project.”

Mumbai has always been seen as the home of Bollywood, however lack of international-standard studios, among other things, have resulted in film producers preferring to film on foreign shores.

The new development aims to give priority to the entertainment industry, with the additional entertainment hub generating more revenue.