You are here: Home / Aztlan Movement / The Aztec Calendar Wheel and the Philosophy of Time 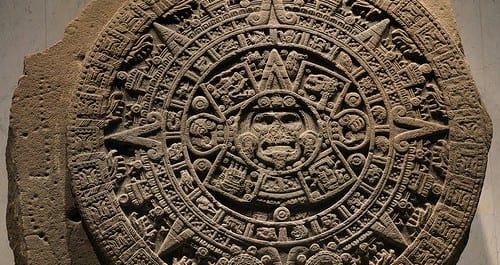 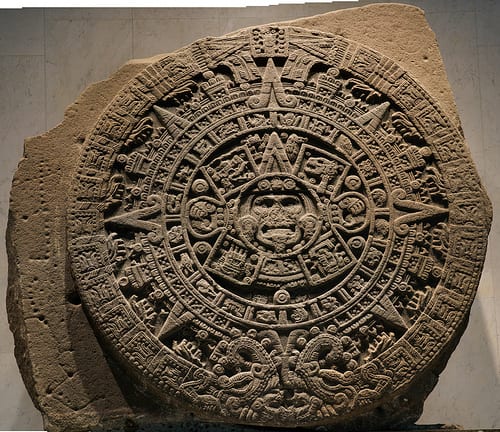 The Aztec calendar wheels have been a source of fascination for centuries.

The Aztec calendar was a variation of earlier calendars, such as the well-known ancient Mayan calendar.

Unlike the Mayan calendar, which is very precise, the Aztec system was less precise – a certain date could refer to a couple of different times in a year.

These two cycles together formed a 52-year calendar round.

Source: The Aztec Calendar Wheel and the Philosophy of Time