You are here: Home / Aztlan Movement / The Plumed Serpent 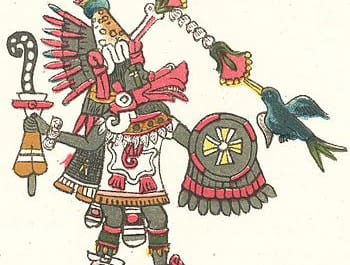 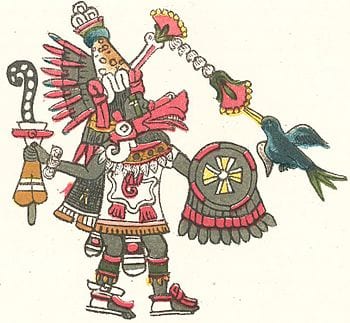 Quetzalcoatl is easily the most recognizable Mesoamerican deity.  Quetzalcoatl, or the Plumed Serpent, was an extremely important figure in the ancient Aztecs’ pantheon.  His name comes from the Nahuatl words quetzal and coatl, which means “green feather” and “serpent” respectively.

The Plumed Serpent was unique in that he was the only Aztec god to have had a human avatar.  While in human form, he was called Topiltzin and was the spiritual leader of Tollan.  Because of this story, many Aztec leaders used the name Quetzalcoatl as a title.