You are here: Home / Aztlan Movement / The scream of a thousand corpses: Horrifying sounds of the Aztec death whistle 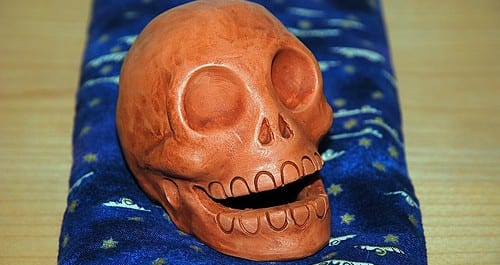 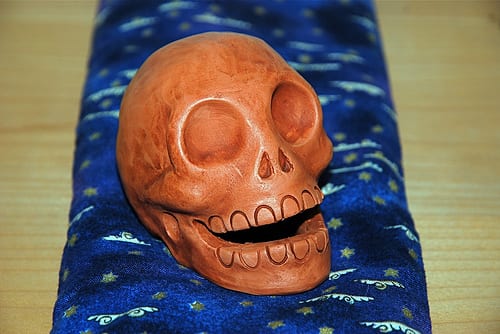 The Aztec death whistle, sometimes described as “The scream of thousand corpses” is a frightening sound indeed.

The skull-shaped whistles, discovered only 20 years ago by archaeologists, were dismissed as toys or burial trinkets.

Archaeologists and historians still aren’t exactly sure what the Aztec whistles were specifically used for.

Some suggest the terrifying sound the whistles make were used as a weapon of psychological warfare to scare the shit out of their enemies.

Imagine hundreds of these whistles going off at the same time.

Horrifying, right? Others suggest these whistles were used as a sendoff to the dead during burial ceremonies or perhaps for human sacrifices.