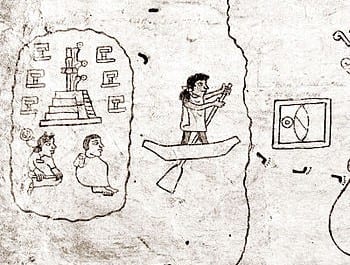 The Aztecs had an amazingly advanced society, and their culture still fascinates us today.  Whether you’re a student, a tourist, or simply curious, here are a few essential facts about the Aztec people. 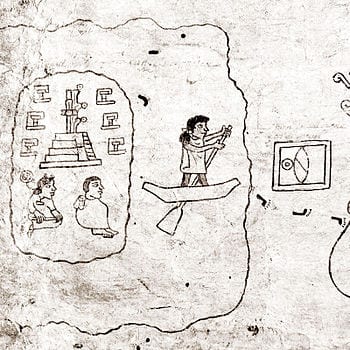 Detail of first page from the Boturini Codex, depicting the departure from Aztlán. (Photo credit: Wikipedia)

1.  The people we call “Aztecs” were actually called “Mexica.”  The name “Aztecs” comes from Aztlan, the legendary homeland that the Mexica left to reach the Valley of Mexico.

2.  The Aztec/Mexica came from what is now Northern Mexico and the Southwest U.S. due to a great drought.  They migrated for nearly two hundred years before arriving in the Valley of Mexico.

3.  The Mexican flag features an eagle perching on a cactus and devouring a snake because of an Aztec prophecy.  The Aztecs believed that the Aztec god Huitzilopochtli had commanded that they settle where they saw this sign, which is why Tenochtitlan was built in a swampy area of the Valley of Mexico with many lakes.

4.  Aztec society was divided into to groups – the nobles, or pipiltin, and the commoners, or macehualtin.  Slaves were at the bottom of Aztec society and were typically criminals, people who couldn’t pay taxes, and prisoners.  They lived in city-states ran by the Tlatoani, or ruler.   The emperor, or Huey Tlatoani, was the supreme ruler.