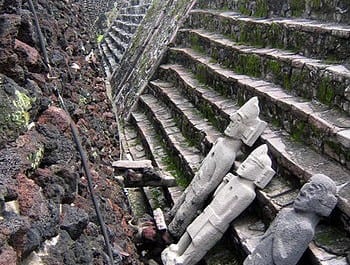 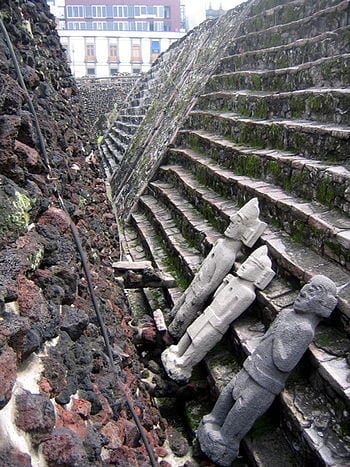 When Mexican archaeologists found the body of a young Aztec woman in Mexico City’s Templo Mayor, they were blown away by the uniqueness of the burial.  Surrounding the woman’s body were piles of 1,789 human bones.

The location of the burial is next to what researchers believe was the location of a sacred tree at one end of Templo Mayor’s plaza, considered to be the most sacred site of the ancient Aztec capital.

According to the National Institute of Anthropology and History, this burial was the first of its kind to be discovered.  The Aztecs were not known to use mass sacrifice or the reburial of bones in the burying of members of the ruling class.  Typically, the Aztecs cremated members of the nobility.

Why this woman was given a special burial, and what the significance of the reburied bones around her are, remains a mystery.