You are here: Home / Theme Park / Disney’s Plans for Star Wars in its Theme Parks 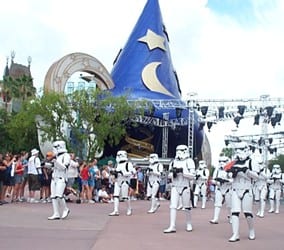 Disney’s acquisition of Star Wars and the prospect of three new films for the famous storyline has fans buzzing with excitement.  Since Disney’s theme parks are some of the company’s biggest money-makers, it comes as no surprise that Disney wants to push the lucrative Star Wars franchise harder in its parks.

Disney Chairman and CEO Bob Iger told investors, “We’re … developing ideas and designs for a far greater Star Wars presence in our parks. We expect to provide details about this sometime next year.”

Rumors are flying that the new Star Wars installation will be made comparable to Universal’s Wizarding World of Harry Potter theme park, and according to Iger, it “is going to be just that.”