You are here: Home / Aztlan Movement / Aztec manuscript under the microscope 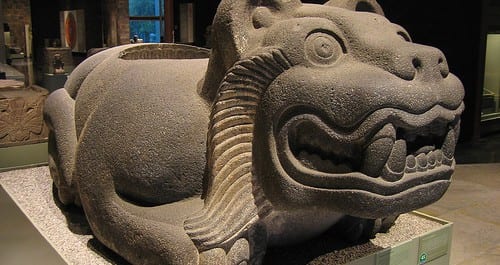 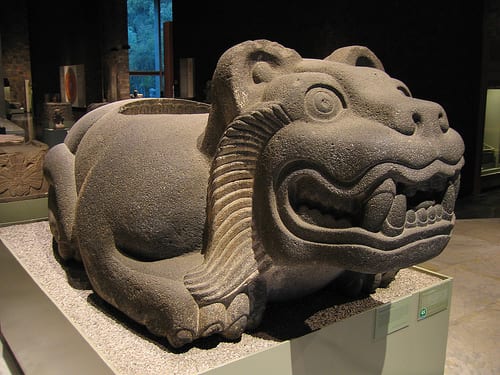 In May 2013 an “Exceptional” decision by MPs authorised the experts to analyse the materials used in the Codex in an attempt to date it.

Some of these documents – such as the Florentine Codex begun in 1547 under the supervision of the Franciscan missionary Bernardino de Sahagún – were designed with the help of scholars familiar with the Nahuatl language and were real encyclopedias.

Where does the Codex Borbonicus fit in? The commonly accepted explanation is that the French stole it from the library at the Escorial palace, outside Madrid, when Napoleon’s army invaded Spain in 1808.

Analysis of the Codex’s contents is more helpful.

Pointing out the differences in style and colour between the first and second part of the codex, some commentators have suggested that it is a composite work, either finished after the conquest or a marriage of two distinct works.

On two points there is consensus: the Codex Borbonicus was the work of Aztecs, perhaps even based in their capital; and it is essential to an understanding of how all the Mesoamerican civilisations of that period represented time.

The Patrimex hyperspectral imaging system operates in a series of spectral bands ranging from the visible to infra-red and will photograph the Codex in 900 bands.