You are here: Home / Aztlan Movement / The Rise of the Aztecs Part III, Tenochtitlan, The Aztec Capital 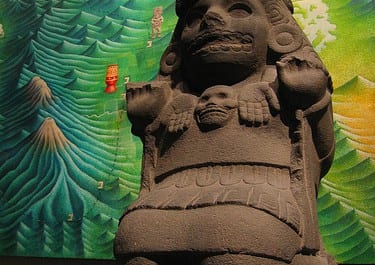 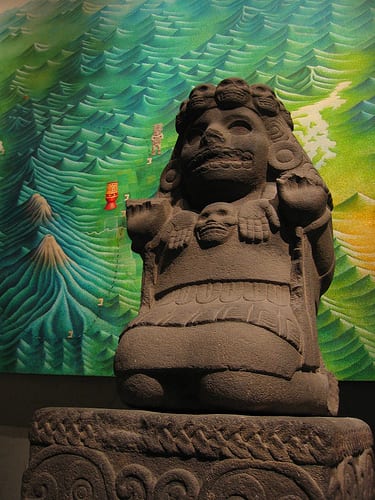 In The Rise of the Aztecs Part II, they had made it to their swampy little island, relatively safe under the stern gaze of the Mexican Valley’s masters, the Tepanecs.

Not allowed to campaign on their own, they still thrived, fighting under the Tepanec leadership, relatively safe upon their muddy island.

The island location has its benefits, separated from the mainland by a certain amount of water and thus safe from any military surprises.

When Acamapichtli, a young and very vigorous ruler, was brought to lead the growing island nation, the Mexica energetic people launched into several breathtaking projects all at once.

First of all, the island was enlarged artificially, with much dirt and rock.

Careful not to provoke the Tepanec overlords, Tenochtitlan paid its taxes in time and when Azcapotzalco wanted a present in a form of a floating garden of beautiful flowers, a special chinampa was made in a hurry and floated over the lake straight to the shores of the Tepanec’s Capital.

“What you say does not make sense. Acamapichtli is a very impressive man, I admit that. But he is leading a small nation that is stuck on the muddy island. His city has nowhere to grow. This altepetl cannot evolve beyond some mediocre status. You have no place to grow.”