Aztlán Development has announced that it has entered into an agreement with the Zhongying Investment Group Limited for equity financing in the development of a Hollywood Style Theme Park in Coachella, California, 20 minutes east of Palm Springs.  The area is home to the rich and famous. 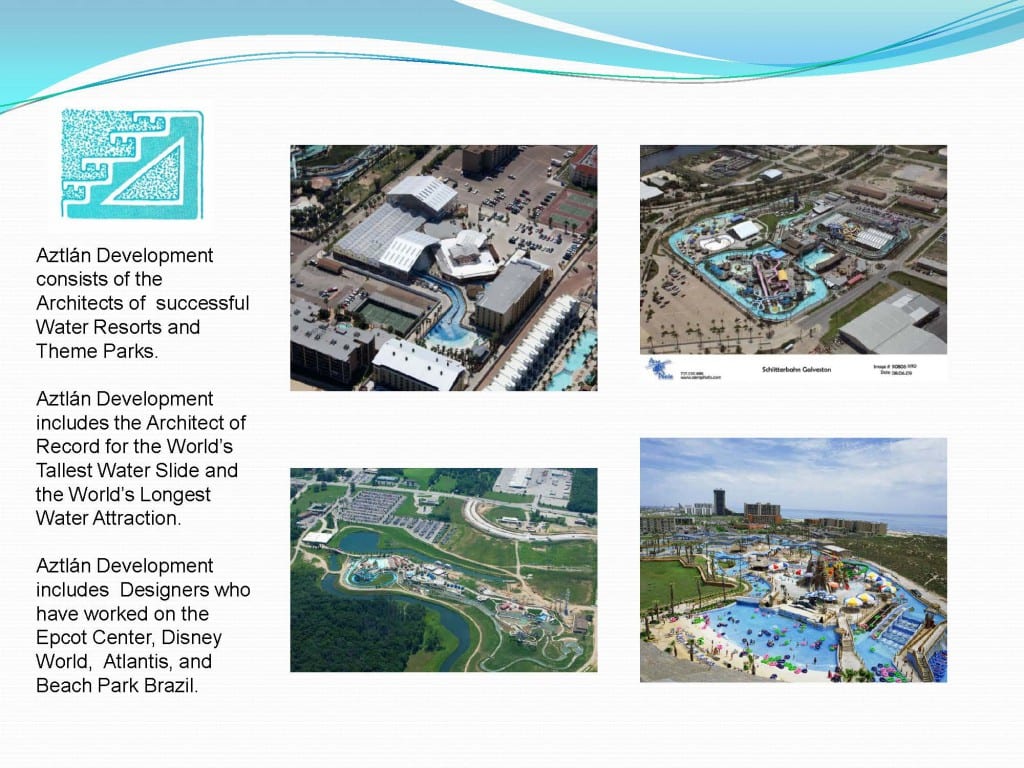 The Theme Park is located within 2 hours of 25 million people.  It will become part of Aztlan Entertainment District and will include a Theme Park, Movie Studio and Sound Stage, Resort Hotel on the Golf Course, a Concert Plaza for 10,000, a Beach Amphitheater for 1,000, a 12 Theater Cineplex, a River Walk, Branded  Dining Experiences, and Branded Retail Opportunities. 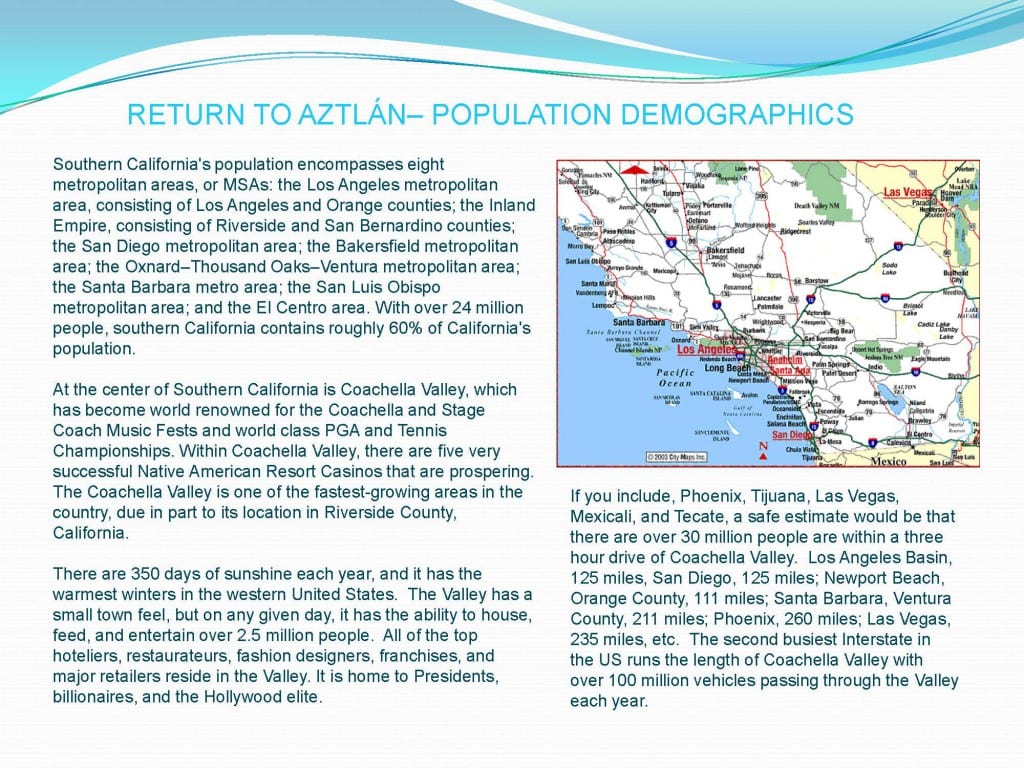 Aztlan Entertainment District will become a Mecca for Hollywood and Independent Film Companies. Aztlan Development’s Advisory Board consist of an elite group of Academy Award Winning entertainment and studio executives. Two movies have already been slated for production.

“Our illustrious entertainment collaborators are following in the steps of Paramount, Disney, and Sony in creating a entertainment venue based upon popular movie themes,” said Mark Stuart, CEO of Aztlan Development.

The theme park will set alongside Interstate 10 on Vista Del Norte adjacent to Eagle Fall Golf Course within the expanded 2 sq mile entertainment district of the Cabazon Band and 29 Palms Band of Mission Indians.  The proposed location is in between Fantasy Springs Resort Casino and Spotlight 29 Casino. It can be accessed by two interstate exits: Golf Center Parkway and Dillon Road.  All venues will be joined by a tunnel underneath Interstate 10.