You are here: Home / Aztlan Movement / Montezuma’s Gold: Is there cursed Aztec gold in Utah? 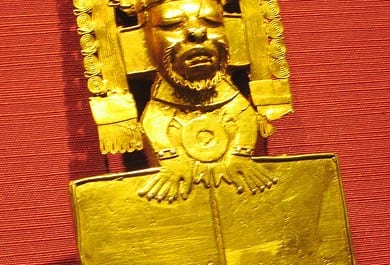 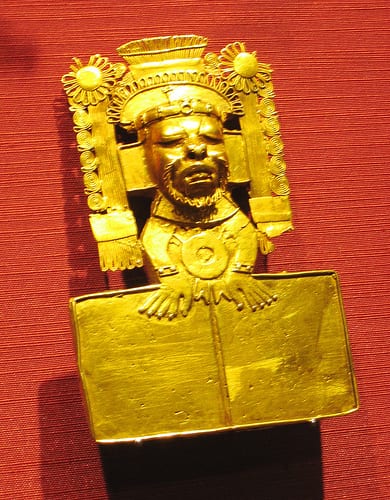 Historians say the richest cache of gold is hidden in southern Utah and that it’s buried deep within its caverns.

The Aztecs killed each other on the spot so that their spirits could protect the gold.

“People have died. We had a well driller that died,” Child said.

In 1998, Child’s father hired a well driller to attempt another way in.

They drilled a 4-inch hole on top of the cavern and when they pulled the drill up, it had gold flakes on top of the drill so they wanted to try again with a bigger drill.

“The well driller went home, came back the next day and started drilling down with a 10-inch drill down the same hole. They got down 50 feet and the drill bit broke off, so they had to quit. This guy was 45 years old. He went home that night and had a heart attack and died. Three weeks later, his wife died,” Child said.

“It’s only found in two spots in the United States. Here and across the Colorado River so people think the amber snail is here to protect the gold as well,” Brown said.