You are here: Home / Aztlan Movement / The Mystery of Muwaan Mat 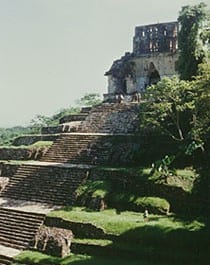 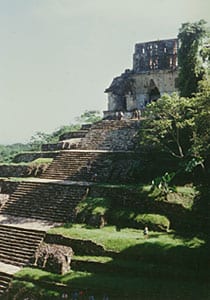 The complicated glyphs of the Mayan people left behind priceless information about their rulers and history.  Although much still remains to be discovered, glyphs on the Temple of Inscriptions in Palenque reveal a ruler called Muwaan Mat.  There is much speculation surrounding the queen, who ruled between the years 612 and 615 C.E.  Muwaan Mat shared her name with the mythological mother of Palenque’s three patron gods.

The mythical Muwaan Mat was recorded as being born in 3121 B.C.E., seven years before what the Mayans considered “zero date,” or the beginning of the Maya Long Count Calendar.  Some researchers believe the Muwaan Mat of the seventh century was actually a metaphorical regent due to a time of broke dynastic lines that left a nine-year old boy as the most legitimate heir.

There are many theories about Muwaan Mat, and perhaps one day researchers will unlock the clues of Palenque and unravel the full story.