You are here: Home / Aztlan Movement / The Stolen Treasure of Montezuma 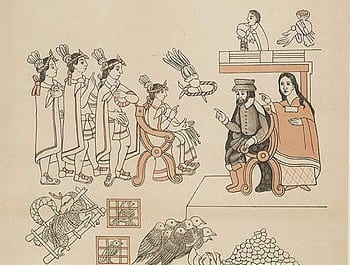 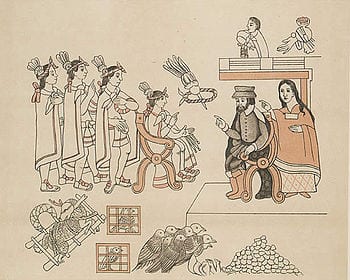 When Cortés and his men arrived near the Aztec capital of Tenochtitlan, they were regarded as gods.  The Aztecs believed that one day their god Quetzalcoatl would return, and Cortés in his resplendent armor seemed to fit the description.  So, when the conquistador and his men entered Tenochtitlan, they were greeted with amazing pomp and circumstance.

Emperor Montezuma II made offerings of god to the Spanish, believing that if they were deities, the gold would be a fitting tribute to them and they would return to their heavenly home satiated.  Instead, however, the beautiful gifts simply made the Spanish crave more, leading them to the eventual destruction of the Aztec Empire in search for more gold.

When the Aztecs realized that the Spanish were a conquering people and not gods, they reacted fiercely.  The Spanish massacred a large group of Aztec nobility during a religious festival, spurring the Aztec people to rise against the conquistadors.  In the turmoil that followed, the Emperor Montezuma II was killed, either by the Spanish or by stones thrown from his own people.

With no other option, the Spanish fled the city on a makeshift causeway with as much treasure as they could carry.  The escape was desperate, however, and many of the Spaniards were killed.  In an attempt to hasten their escape, much of the treasure was thrown from the causeway.

Now, centuries later, the treasure has yet to be found.  There are many theories about where Montezuma’s treasure could be, including at the bottom of Lake Texcoco.  But, the lake has been scoured over the past centuries, and no treasure has been found.  Some believe that the Spanish retrieved the stolen treasure when they returned, and that the treasure was sent back across the Atlantic, only to sink with the ship.

No one knows where Montezuma’s treasure is, but perhaps one day we will find the answer to this mystery.