You are here: Home / Aztlan Movement / Astounding Inventions of the Ancient Aztecs 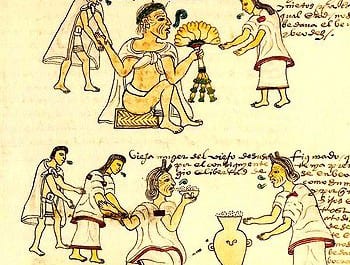 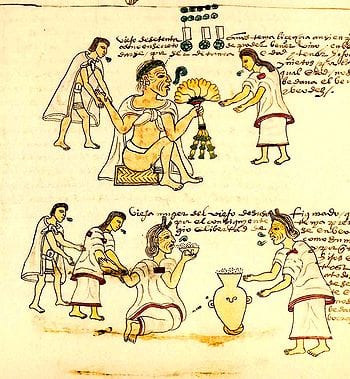 When the Spanish arrived in modern-day Mexico, they were amazed by the advanced culture of the Aztecs.  Although the Aztecs are remembered for their brutal human sacrifices and warrior-centric society, they were still one of the most accomplished societies at that time.  Here are some of the inventions of the Aztecs that allowed their culture to flourish:

1. Chinampas – In order to support the massive population of the Aztec capital Tenochtitlan, 88 million pounds of corn was required.  But since the great city was on an island in the middle of a swampy lake, the Aztecs were faced with a lack of viable farmland.  So, they made floating gardens called chinampas, made from woven reeds, twigs, and branches.

2. Universal Education – The Aztecs were one of the first societies that made education compulsory for all children.  At an early age, boys and girls began learning their fathers’ trade and domestic skills, respectively.  From the ages of 12 to 15, both boys and girls attended cuicacalli, or the house of song, where they were taught ceremonial songs and cosmology.  Boys went on to attend a militaristic school known as the telpochcalli, but noble sons who wanted to study math, architecture, art, or history attended a different school known as a calmécac.

3. Red Dye – Before the Spanish conquered the Aztecs, the European world had no access to a deep scarlet dye for cloth.  They made do with a plant extract called “madder red.”  The Aztecs, however, used the cochineal beetle to make a brilliant red dye that the Spaniards immediately began exporting.