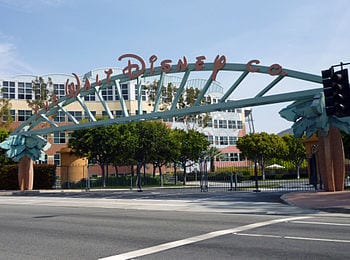 All but one of the ten most-visited amusement parks are run by Disney, the exception being Universal Studios Japan.   Disney’s theme parks are core to its business model and provided nearly a third of its $45 billion revenue and 20.7% of its $10.7 billion operating profit last year.

The reason Disney theme parks are so popular began in the 1950′s with legendary animator Walt Disney.  Disney invented the concept of modern-day theme parks by integrating his rides with stories that had been made famous by his blockbuster movies.  This profit-making process is still key today and fuels the Disney them parks world-wide.

The success of Disney’s first park led to many others, first across the States, then across the world.  Now, only Disney’s television stations make more profit than its parks.  The bulk of the operating costs are covered by admissions, while food, beverages, and merchandise bring in most of the profit.

Europe’s most-visited theme park, Disneyland Paris, has had an economic impact so significant that can be measured on a national scale.   In fact, over €50 billion of added value is attributed to Disneyland Paris, as well as 6.2% of foreign exchange income generated by tourists.