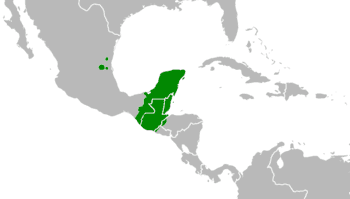 The documentary “Granito: How to Nail a Dictator” tells the story of the years of struggle to bring ex-dictator of Guatemala, Rios Montt, to justice.  Montt is accused of ordering the deaths of 1,771 Mayans during Guatemala’s civil war while he was in office from 1982-83.

This film is unique in two ways: it gives an inside look at genocide, and it has been translated into the Mayan language of Ixil.  The film makers were especially keen for this film to be accessible to the Ixil Mayans, as they were some of the most deeply affected by Montt’s actions.  Many of the Mayan Ixil speaking villagers are not literate nor do they speak Spanish or English.
The Ixil translation of “Granito” may set a precedent for other films depicting such monumental events in history to be translated in the language of the people most affected. Many times in films we see modern western languages mainly distributed for films with subtitles of various other languages but for “Granito: How to Nail a Dictator” the importance of accessibility reigned supreme in terms of telling the story of the Mayan people.