You are here: Home / Aztlan Movement / Mayan Ruins in Mexico Some of the Best in the World 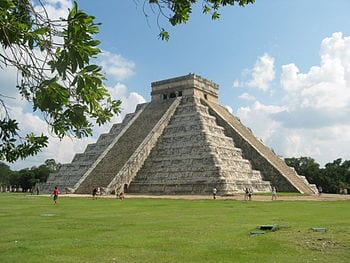 When most Western people think about ancient ruins, they tend to think about Europe and South America.  However, Mexico has some of the most significant and incredible ruins in the world.  One civilization that left impressive ruins in Mexico were the Mayans, whose empire spanned more than 2,500 years.  Hundreds of Mayan ruins have been documented in Mexico, and some researchers believe there are as many as 4,000 sites still undocumented.

Some of the most popular ruins are found in Cozumel, particularly the ruins of Chichen-Itza.  This ancient city spreads over six square miles and has hundreds of Mayan structures still standing throughout the area.  Tour guides can escort you to the Pyramid of Kulkulcan, the Temple of the Warriors, or the Observatory.  All of these locations give a unique a beautiful glimpse into the world of the ancient Mayans.