You are here: Home / Aztlan Movement / Who was Montezuma II? 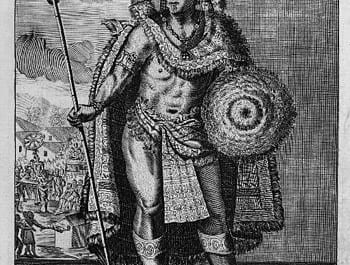 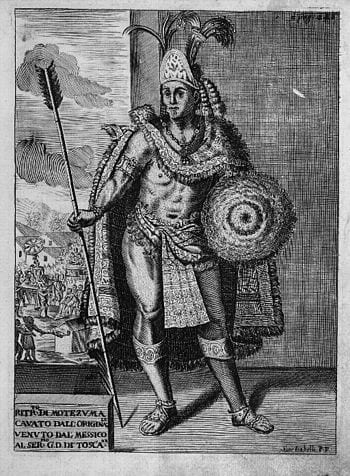 Montezuma II, also known as Moctezuma II, was the reigning Aztec emperor when the Spanish conquistador Hernando Cortes arrived in modern-day Mexico.  Montezuma II ruled from 1502 to 1520, during what many consider to have been the height of the Aztec Empire.

Montezuma was raised and educated in Tenochtitlán.  He was trained as both a priest and a warrior, but it was his competency of as a soldier that allowed him to rise in the Aztec ranks.  After the death of Emperor Ahuitzotl in 1502, a council of noblemen chose Montezuma to be the next emperor.

Later in his rule, Montezuma began receiving news of ill omens across his land.  The emperor called together his priests and advisers to divine the meaning of these omens, and they told him the omens warned of the return of Quetzalcóatl.  The omens even pointed to a specific year for the god’s return – 1519, the year the Spanish arrived.

When the Spanish first arrived in November of 1519, Montezuma welcomed them warmly with gifts of silver and gold.  These gifts, intended as tributes to a deity, instead persuaded the Spanish to stay and eventually conquer the Aztec people.